Before doing formal studies in mentoring, my limited experience of being mentored had me believe that it was a concept framed around the classical mentor – mentee relationship (MacCallum, 2007, p.134). That is, an informal arrangement between someone who is (usually) older and more knowledgeable (the mentor) and someone wishing to benefit from all that the mentor has to offer. This person is referred to as the mentee or protégé.

I wasn’t far off the mark in that this type of mentor has the qualities of being an advisor, guide, teacher, protector, counsellor, challenger, encourager, confidante and can be viewed as an overall positive role model. He or she also has the ability to impact or influence the mentee’s personal and/or professional life (Carruthers,1993, p.9).  Rapport and positive emotional connection can assist in strengthening the relationship between mentor and mentee and allows for growth and development for both people involved, whether it is accelerated or played out over time (Carruthers, 1993, p. 11).

This type of mentoring goes back to ancient Greek civilisation when Mentor had a mentoring relationship with Odysseus’s Homer’s young son Telemachus, as described above.

However, having studied mentoring, being mentored as well as mentoring others it is evident that it has evolved over time. There is the traditional informal style as described above, a more formal version of the above which involves a paper trail (useful for mentoring programs developed within organisational cultures); Gehrke’s notion of gift giving style of mentoring (MacCallum, 2007, p.134); developmental networks (Higgins et.al, 2001, 264);  cross-gender (Carruthers, 1993, p15) and; co-mentoring (MacCallum, 2007, p.134).

With the advent of internet technology and social media advancements there is even e-mentoring, which can prove useful in some circumstances. These include emailing, skyping, voice and video conferencing. The developments in mentoring highlight society’s generational thinking patterns and belief systems. Such developments also highlight the need for flexibility in mentoring as not everyone has the inclination to being in a traditional mentor-mentee relationship which requires a lot of energy, time, availability, patience and commitment.  Also, the protégé may wish to have a number of mentors (certainly in a professional capacity) as they gravitate towards people with certain qualities, they themselves aspire to and in which they have not found in one individual.

Over the years, I have had a couple of opportunities of being mentored. One of these experiences was that of an informal traditional mentor-protégé relationship with my Reiki Master some years ago. Between the years 1997 to 2004 I was undergoing training, firstly as a Reiki practitioner, followed by a Mastership. What began as a teacher- fee paying student relationship, evolved into an informal traditional mentor – protégé arrangement that embraced Gehrke’s notion of ‘gift giving’ (MacCallum, 2007, p.134). This is a type of mentoring in which it is seen as a type of gift exchange.

The ‘gift’ is the mentor opening a door (or doors) for the protégé. He/she provides information and support and at times acts as a philosopher (Gehrke, 1988, p 192). The mentee is given the opportunity to open their eyes to a new way of seeing (ibid). This makes way for an opened awareness by the mentee. If he/she is willing to continue along the road of mentorship, committing to the process of transformation becomes part of the journey until such time that the protégé is ‘transformed’ and is ready to move towards assisting another. Passing on the gift completes the cycle of this type of mentoring.

I was taught new skills, opened up to new levels of awareness and my health and life imroved. I also became committed to working hard at fine-tuning my skills and being of service to others. When the Mastership came to an ‘end’ I was qualified. The ‘gift’ had been passed on by my teacher and received by me.  In turn, I would pass on my ‘gift’ to others and have done so numerous times in the world of Reiki and as a natural therapy industry professional.

Whilst the Mastership finished, our relationship continued for a few more years. We referred clients to one another, and at times worked and socialised together. We became friends as well as each other’s clients from time to time.

While some of my Reiki Master’s teachings remain with me today, others have disappeared as personal experiences and/or professional training have led me along other schools of thought. Like everything in life that begins, it too has an end, and eventually, my Reiki master and I went our separate ways.

This particular mentoring experience highlighted (for me) a number of things - mostly that mentoring is a complex process which incorporates interpersonal or psychosocial development, career and educational development, and intricate socialisation aspects that make a relationship complex and dynamic (Carruthers, 1993, p. 10).  It is without doubt that I grew both professionally and personally with my teacher. Mentoring came naturally to her, and despite having more knowledge and training in her field than me, she was always open and willing to listen to ideas. It was an interactive, engaging experience for both parties.

The Benefits of Mentoring

As the natural therapies industry – of which aromatherapy is a part of – is ever expanding, registered training providers (known as RTOs in Australia), trainers and organisations in the position to employ people with natural therapy qualifications may wish to consider the possibility of mentoring.

The benefits are numerous for all concerned. The mentee has the opportunity to gain more knowledge and understanding in a professional capacity which in turn can assist in job satisfaction and career advancement. There is also personal development, expanding personal friendships and professional networks. There is also the potential for skill development and in time to come, be in the position to take on a mentoring role. All of this I can personally attest to.

The mentor has the opportunity to pass on years of experience. It allows him/her to fine-tune or develop some personal guidance skills, make a difference in a person’s life, keep an open-mind, learn from the mentee, and be able to feel a sense of personal achievement in giving back to the industry, knowing that the person they help today could make a difference in someone else’s life in time to come.

When an RTO or organisation invests in a mentoring program and its staff, the likely outcome is that it will reap the benefits. It is anticipated that the mentee will have made inroads into personal growth, acquired professional skill sets and knowledge at a faster rate than may normally be the case (especially when the organisation is large with many systems to learn), improve in competence and confidence, as well as being more productive in the work place. Research indicates that development of leadership talent and better retention rates have also been observed (O’Neill and Blake-Beard, 2002, p52).

In order for a mentor- protégé relationship to be meaningful, fulfilling and mutually beneficial there are a number of factors to consider. Not in any particular order, they are as follows:

Mentoring is a dynamic and engaging process of meaningful exchange that takes place between the protégé and mentor/s over a period of time. The mentoring relationship can influence the future of all parties concerned as even the mentee has the ability to positively influence a mentor’s development.

Due to societal changes and development of computer technology mentoring can be offered in a variety of ways and in this way can be viewed as being a flexible way of assisting in someone’s personal and professional development.

With the ever global expansion of the natural therapies industry and the changes initiated by RTOs in how courses are delivered, mentoring has a place and role to play in developing confident and competent natural therapy professionals.  Whether mentoring programs are initiated by individuals, industry associations, training providers or organisations doesn’t matter. What matters is having a motivated, knowledgeable and skilled post graduate professional who is willing to stay in the industry, remain flexible and adaptable during times of personal and industry changes and who is willing to stand tall in their chosen natural therapies field/s of endeavour. 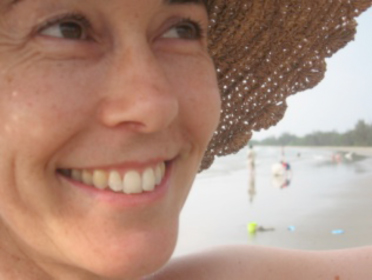 Sana has been working as a clinical aromatherapist since 1998. Her main focus since then has been aromatherapy education, writing, consulting, establishing and maintaining aromatherapy and bush flower essence health and palliative care programs. Sana is a trainer, assessor, lecturer and curriculum developer in aromatherapy and other natural therapy modalities.

As a writer, Sana’s work has been published in various industry journals. She is also the author of two books – Flower Power Energetics in Action (available as an e-book on Amazon) and Complementary Therapies, Holistic Success Stories.

When possible, Sana provides personal consultations as she believes, this is the heart of aromatherapy and aromatic medicine practice.

No comments yet for this entry.