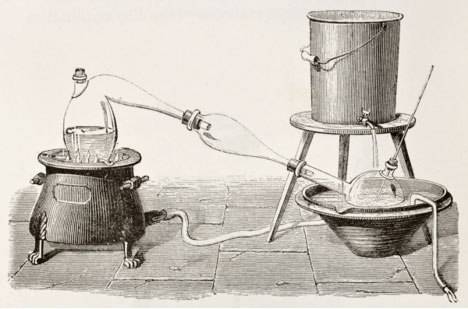 Historical texts vary in their accounts of the types of distillation practiced in the past, but one fact remains; distillation of plants has been around for a very long time, albeit not always in the form that we are familiar with today.

Distillation, in its crudest form, is defined by Encyclopedia Britannica as a, “…process involving the conversion of a liquid into vapour that is subsequently condensed back to liquid form.”1 However, as any experienced distiller will tell you, distillation is not only a scientific process but a true art as well.

Plants are placed in the still, through either water or steam distillation (see The Process of Distillation below) and transformed from plant to steam to liquid through a complex system of managing plant matter, heat, and water. The end result produces either an essential oil or hydrosol.

We may never know the exact process of how early civilizations turned plants into oils and hydrosols, but an interesting paper on the Early History of Distillation by T. Fairley, F.R.S.E., F.I.C, from 1906 discusses various methods of distillation practiced by ancient people of India, Arabia, China, Phoenicia, Greece, and Rome.2 Indeed, Ann Harman in her book Harvest to Hydrosol states that: “The oldest [alembic] still that has been discovered, to date, is almost 4000 years old.”3 The still which she is talking about was found by Dr. Maria Rosaria Belgiorno at Pyrgos in 2005. 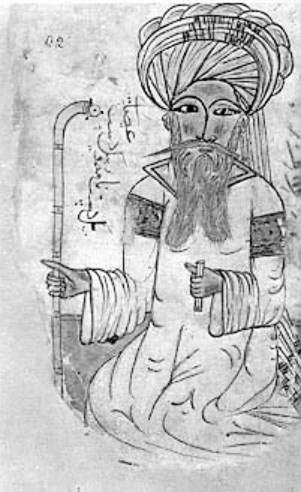 Most historical texts agree that the ancient Egyptians were using plants as oils for perfumery and medicinal practice, as well as religious purposes. Scent was revered by the ancient Egyptians as a key to everlasting life. Aromatic oils and plants were used in all aspects of daily life.4 The ancient Greeks and Romans then learned techniques and use of plants and oils from the Egyptians. However, it was a physician from Persia by the name of Avicenna (980 A.D. – 1037 A.D.) who made a significant contribution to how plants are distilled today; the addition of the refrigerated coil into the still.5 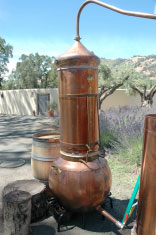 Hydrosols: A By-product of Distillation

Hydrosols, also known as hydrolats, are the by-product or product (depending on the distiller purpose) of the distillation process. Hydrosols contain the water-soluble constituents of the aromatic plant and retain a small amount of essential oil. Every liter of hydrosol contains between 0.05 and 0.2 milliliter of dissolved essential oil, depending on the water solubility of the plant’s components and the distillation parameters.4

*Please Note: The addition of essential oils to water is not at all the same as true hydrosols, and it is recommended that you read the ingredients label on products to ascertain whether or not you are getting a true hydrosol. When water and essential oils are mixed together with or without a dispersant, this is called a “spritzer” or “aromatic spritzer,” and this product should not be confused with a true hydrosol.

Expression is the method of extraction used to extract essential oils from citrus fruits such as lemon (Citrus x limon), sweet orange (Citrus sinensis), lime (Citrus aurantifolia), and grapefruit (Citrus x paradisi). This method is also called cold pressing as there is little to no heat used in the process. Expressed essential oils are composed chemically the same as when they existed in the plant. They contain natural waxes.

Some citrus essential oils can also be obtained via distillation. The main advantage of distilled citrus essential oils is that the majority of them are not phototoxic as the presence of furocoumarins is removed. However, they may be slightly chemically and therapeutically different to the expressed oil from the same fruit. 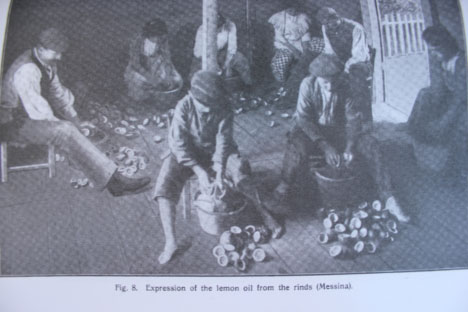 Enfleurage is a labor-intensive process that was traditionally used to make perfumes. It was used a lot in Grasse, France, the traditional perfume capital of the world for fragile flower blooms, such as jasmine (Jasminum grandiflorum) and tuberose (Polianthes tuberosa).

Flowers were hand-picked at sunrise, throughout the day, or at sunset, depending upon the species of flower. Flowers were then left to macerate in oils and animal fat over a number of days or weeks. The idea was that the fat would absorb the aroma of these difficult-to-extract flowers. Because enfleurage is such a labor-intensive method of plant extraction, it is little used today commercially and the process of solvent extraction has replaced it.

Some plants are difficult to process. A different method might be used to extract the aroma from these types of plants. However, these processes use a chemical base. The resulting product is known as an absolute, concrete, resin, resinoid, or oleoresin. These substances are usually thicker in nature than a true essential oil and the aroma can be different. Perfumists often use these types of extracts as they are extremely aromatic. However, aromatherapists can often use them in place of the essential oil, particularly for emotional work.

Some of these plants can also be distilled or extracted by carbon dioxide. Check carefully which type of extract you are using. Retailers should make it clear on the label of the bottle you are purchasing but if in doubt, ask. A reputable supplier should be able to answer your questions confidently. 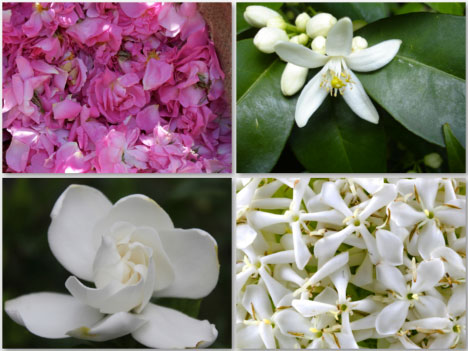 Concretes are prepared from plant material using a hydrocarbon solvent to produce a waxy, solid substance. Absolutes are prepared from concretes by alcohol extraction. Examples of concretes and absolutes include gardenia (Gardenia jasminoides), violet (Viola odorata), and narcissus (Narcissus poeticus). Note that jasmine (Jasminum grandiflora) is steam distilled from the absolute, not the plant itself. Some plants, such as rose (Rosa x damascena) may produce an essential oil, concrete, and absolute. The final product differs in aroma and, to some extent, therapeutic properties.

Plants which produce a resinoid include opopanax (Commiphora erythraea) and myrrh (Commiphora myrrha). Both of these plants also produce an essential oil. Nutmeg (Myristica fragrans) produces an oleoresin from mace. Benzoin (Styrax benzoin) produces an absolute resin (or resinoid). 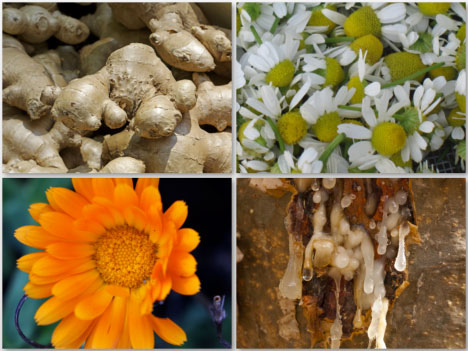 CO2 extraction uses both high and low pressure to extract essential oils from plants. Temperatures range between 95 to 100F compared to 140 to 212F used in the steam distillation method. This produces an essential oil with a different chemical composition to a steam distilled essential oil.

Examples of infused oils include calendula (Calendula officinalis) and St John’s wort (Hypericum perforatum). However, many herbal plants can be infused, in addition to resins.